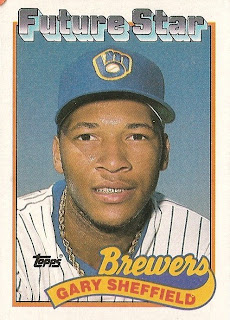 It was twenty one years ago that Sheffield appeared in a major league uniform, with a gold chain, silver braces and a label of a "future star". Since then he has been mired in controversy and played in an era (steroids) that will be forever tainted. However, he has reached this "milestone" and should be given his due (for at least one day).